Accused Boulder supermarket gunman Ahmad Al Aliwi Alissa is a “loner” who lives in his family’s basement and never had a girlfriend, according to a relative.

Usame Almusa, Alissa’s brother-in-law, told The Sun that the alleged shooter lived in the basement of his family’s Arvada, Colorado, home and never had many friends.

“Every time I visited with my wife’s family he would always sit away from everyone else, not saying anything to anyone,” Almusa, who is married to Alissa’s sister, Aicha, told the outlet. “It was strange.”

“He was a loner, just sitting to the side, not with us,” he said. “He works with his family, his brothers, at their restaurant. There was never a girlfriend and not many friends.”

Alissa lived in the seven-bedroom, six-bath home and worked at family business The Sultan Grill — which has been closed since the shootings. 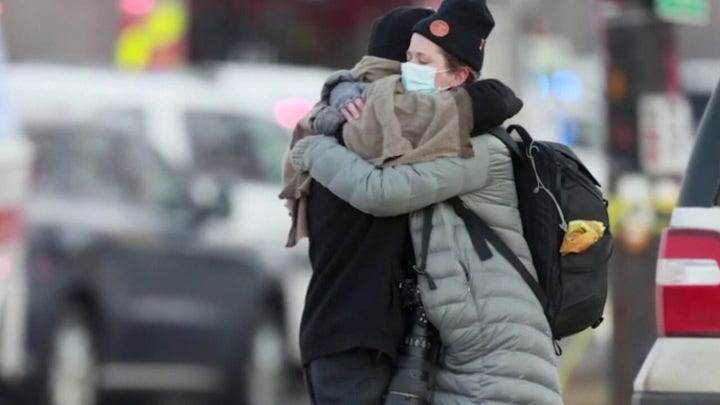 Police said Alissa even asked for his mother when he was arrested after the massacre.

“He has a reputation for being stupid, not smart,” Almusa said of his brother-in-law. “He was not like a proper Muslim. I don’t know what kind of Muslim he was. He did not go to the mosque I go to.”

Almusa, 30, who lives in Denver with his wife, said they got a call from the family Monday following the shooting at a Boulder King Sooper grocery store that left 10 dead, including a Boulder police officer.

Alissa is charged with 10 counts of murder in the attack, with police still trying to determine a motive for the deadly assault.

“I do not know what happened with this guy to make him do this,” Alumsa said. “We just don’t know what made him go so crazy. I wish we knew.”

According to police, Alissa arrived at the Boulder supermarket around 2:40 p.m. Monday armed with a firearm and opened fire outside and inside the store.

He allegedly killed 51-year-old Boulder cop Eric Talley in an exchange of gunfire and is accused of gunning down nine others before being taken into custody.

He is scheduled to make his first court appearance on Thursday.